Our trip to Hip-Hop Festival rotterdam!

That's right Cubics were making noise in The Netherlands this weekend unfortunately we didn't get far into the competition but we helped represent the UK and by getting beat in the 2 on 2's competition it has made us hungry for more and we have already been back in the lab training hard for when we next need to rep our ends!

Here are some pictures to give you a feel of what went down: 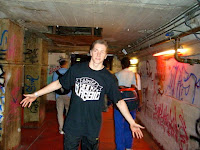 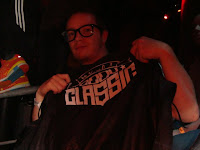 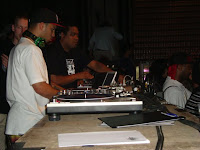 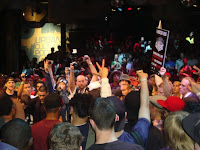 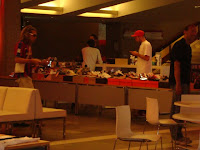 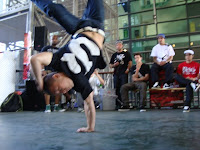 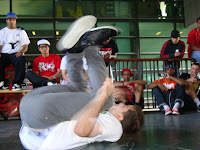 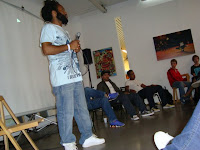 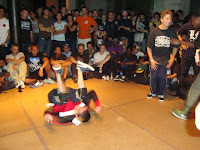 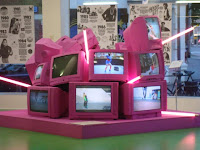 The Hip-Hop festival started of with a couple of heads catching a plane to Rotterdam on Friday, we went to an exhibition where they had a bboy workshop, hip-hop film screening (called from mambo to hip-hop - check it out) a discussion with three top bboys and then on to a party with a few showcases, open circles and free beer!

The following day we headed down to the main event (World BBoy Classic- search on youtube) The idea being that 16 of the top BBoys from around the world were invited down and were randomly paired an hour before the battles and these 8 pairs would go up against 8 pairs that qualified as a duo at the prelims which happened moments before the main event.

Heads from all over the world competed in 2 separate circles in the prelims including myself and Smyvy. The winners of the prelims after getting through 4 or 5 rounds then went up against the great 8 in a knockout competition, none of the challengers got through the first round showing that the great 8 were truly great! So the great 8 went on to battle each other and the winners emerged to be Thesis and Keebs who went up against Lil G and Lamine in the finals bagging a cool 4000 euros.

Sunday saw us heading up to a block party where the DJ blasted out Hip-Hop tunes and party breaks out in the open and everyone was having a good time mixing with each other and dancing like it should be! the day also included a sneaker market which had a wide range of fresh kicks and also a sneaker battle which is where whoever loses a round has to give up the sneakers they are wearing which goes to charity, its just for fun and the overall winner bags themselves a brand new pair of sneakers.

Overall this was a very good weekend and had many hip-hop moments, if this sounds like the sort of thing you want to get involved in make sure you show some interest by turning up to training/classes and just come on in and get involved! Aight?!.. Peace x BBoy Wattsy x
Posted by Cambridge University Breakin' Club at 17:41

I have been visiting various blogs for my dissertation writing research. I have found your blog to be quite useful. Keep updating your blog with valuable information... Regards